Last summer when I was working in the top bar hive, I accidentally dropped a couple of honeycomb when I was trying to “fix” it and get it more straight.  I did not want to be wasteful so we strained out the honey and I attempted to collect the wax.  Let’s just say it was VERY messy and not too successful.  I was just too busy to try and clean it up at that time.  I hear of a lot of beekeepers putting their wax in the freezer until they can get around to working with it.  So, that is what I did… 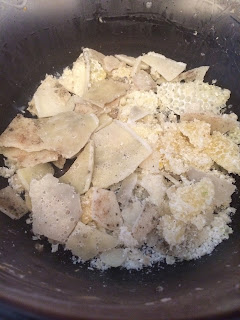 Last weekend, I finally decided to try and clean up that wax.  Also, I had added some more to it so I had that to render too.  Let me say that I was REALLY dreading this (and had been putting it off for weeks!).  It was not fun the first time.  It was a mess and it did not come out as “clean” as I was hoping.  So, I have just been putting this off.  I “googled” rendering beeswax and the first article that popped up looked promising and much easier than the procedure I tried last summer.  Find that tutorial HERE. 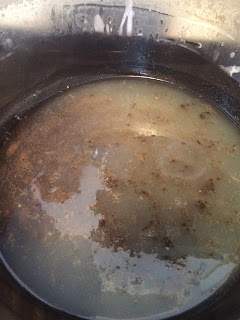 I melted the wax down and then strained it though some cheesecloth into a cardboard milk carton. 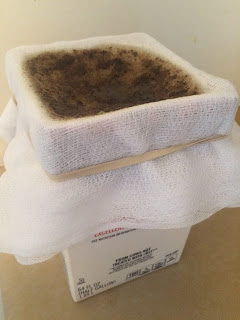 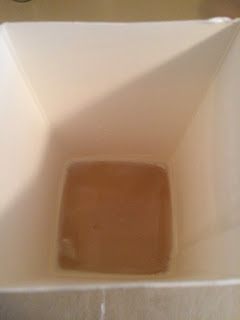 It was that easy and came out so nice and clean!  I was SO excited to find an easier way to harvest our wax! 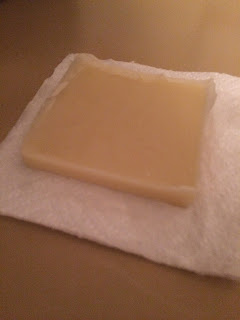 So, what do you do with beeswax?  I used it to make lip balm and lotion bars for Christmas gifts.  Unfortunately, since I had not taken the time to render my own beeswax before Christmas, I just bought some.  Just add shea butter and coconut oil and you are set! 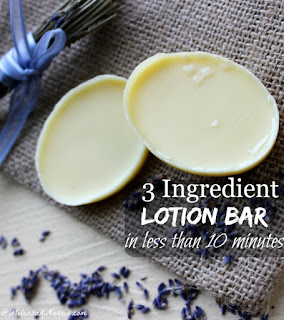 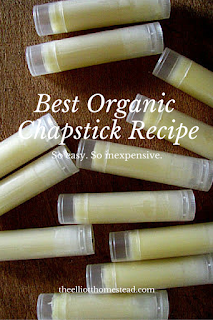 As you may have seen on Facebook, Mark turned 16 years old this past week!  I did meet my goal of getting the business plan done.  I am going put it up on the blog in a couple of weeks.  I am sending it to the Small Farms Extension people at the U of I this week.

We went bowling for Mark’s birthday and he really enjoyed it! 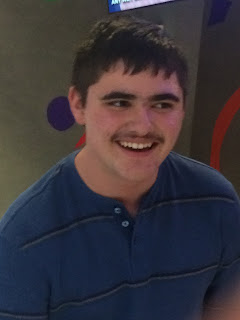