Idaho is the Gem State

Here is some information about star garnets from www.gemselect.com:
Star garnet is an unusual form of garnet…Star garnets are so rare that to date they have only been found in two places in the world; in the state of Idaho in the USA and in India. The garnet varieties that occasionally exhibit asterism (aka “stars”) are almandine and a mixture of almandine and pyrope garnet. 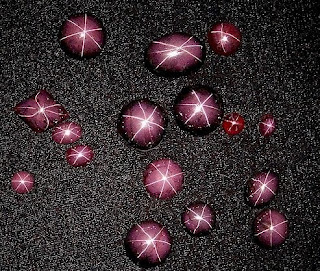 Star garnet gemstones are usually opaque and deep brownish-red or reddish-black. Like all star gems, the star effect is caused by inclusions of rutile. In order to display the star effect, the rutile needles must have the correct alignment to reflect light in a pattern forming a mult-rayed star.
Most star garnets display a 4-rayed star, but 6-rayed stars are sometimes seen. Some gemstone dealers claim that only the Idaho star garnets ever display a 6-rayed star, but this claim is difficult to verify since specimens with 6-rayed stars are very rare.
The people of Idaho are so proud of their star garnet deposits that star garnet has been declared the state gemstone. Star garnets are mined in Northern Idaho in a region that is northeast of Moscow and southeast of Coeur d’Alene.
The star effect in most star garnet gemstones is subtle and requires the correct lighting to be seen clearly. The best lighting is direct sunlight. However, a light source such as a narrow beam halogen spotlight or small flashlight will also work. The star is best seen by standing directly above the stone and looking straight down.
Each summer, our family goes out to look for star garnets.  It is important to know that not all garnets have stars.  Emerald Creek is only an hour and fifteen minute drive from Moscow.  I have about a dozen star garnets but have never had any made into jewelry.  Some day I will…
Anyway, after 5 years of collecting garnets, I decided to try and put them into a rock tumbler to make them look nicer.  The rough stones are not so pretty.  There are 4 steps to tumbling.  You start with a course grit and then the grit gets smaller and then there are 2 polishing steps at the end.  It takes weeks.  The first step takes 2 weeks alone.
Here are the rough rocks… 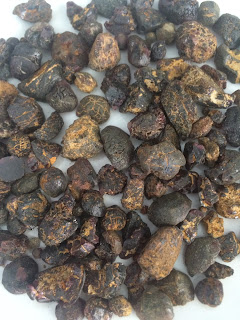 After the first tumbling… 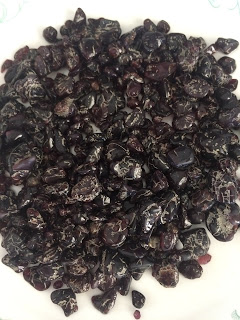 After the second tumbling… 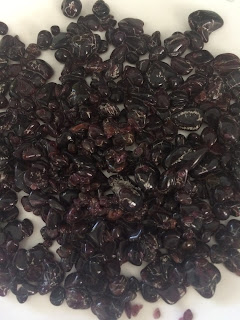 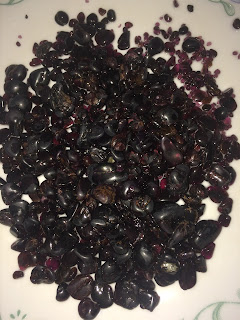 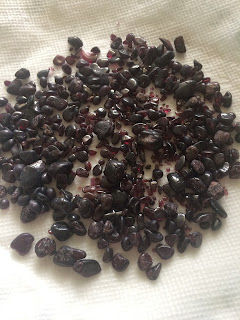 The final garnets are much nicer looking than the original rocks.  I am still looking for a nice way to display them.

If you are interested in going to get your own star garnets, click HERE to get information on when and where to go and how to get a permit.

A couple of weeks ago, I attended a stone fruit tree pruning workshop at Palouse Clearwater Environmental Institute.  It was sponsored by the Moscow Tree Commission and Moscow Parks and Recreation.  We were given a handout and talked about “heading back” to stimulate bud growth and “thinning” where an entire branch is removed back to the main stem.  We were also given a list of rules for pruning and helpful tools and then we headed out to the Rabbit Hills Orchard to do some hands on work.  The Rabbit Hills Orchard contains over 40 different plum trees!
One of the most interesting things I learned was about the age of the wood that will flower.  For example, peach fruit flowers only on 1 year old wood.  Plums fruit on 2 year old wood.  So, you would not want to take all the 2 year old wood out of a plum tree or you would not have any fruit! 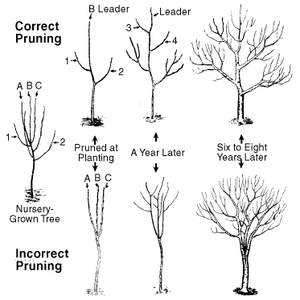