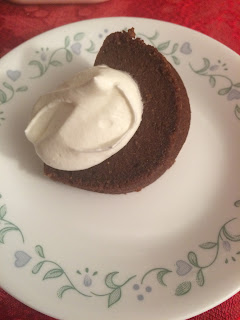 The figgy pudding turned out great!  We even steamed it for 3 hours.  If this is to become a regular thing, I will have to get more appropriate hardware…click on the picture above to see the recipe we used.
Not too much else to say right now…here is the Christmas letter that Henry put together for this past year:
We hope that you all have had an enjoyable and productive 2015. This year will be remembered climate-wise as very unusual for us. We had very little snow. Henry was out doing field work the last week of January under temperate conditions. Last time something like this happened was when we were living in Florida. Winter rains tapered off in March. We had rainfall in mid-May and that was essentially the end of all precipitation until the last week of October. Overall, dryland crops struggled in our area. Winter wheat yields were far from their 100 bu/A average.
We had a very hot summer, so the long days, abundant sunshine, and late first killing frost, led to Denise having one of the best gardens since we moved here. Along those lines, this year Denise has been doing a lot of research as to what it might take to start a small farm so that Mark will have a job when he graduates from high school. She met a gentleman that provided her space to grow sunflowers. She would take these as cut flowers, along with jams and herbs that she prepared to our Farmer’s Market, Saturdays in July and August. It was very successful for her and she plans to increase her offerings each year. Her goal is for Mark to sell pastured eggs. They might also like to have u-pick raspberries/blueberries, Christmas trees and pumpkins on Mark’s farm, otherwise known as, reMARKable farms.
This summer, the boys transitioned into new schools. Joshua started middle and Mark high school. We had some concerns about Joshua as each year of grade school he would say things are getting too hard. To our surprise he is doing well and really seems to be enjoying 6th grade. One thing that really helps is that he is able to get most of his homework done in his study hall. He has joined the Speak Out club which is appropriate as he is never short on words. He showed his Guinea pig at our county fair and won Grand Champion! He has continued participation in Special Olympics Bowling and Swimming. Mark started 9thgrade and has surpassed Henry in height. He finally discovered ice cream, thus we can’t keep enough on hand. Denise continues to make progress working with him before school on using his iPad to communicate http://remarkablecommunication.blogspot.com/With it being such a hot summer, Mark took full advantage of our city pool, as well as the rest of us. Mark, as well as Joshua, has continued therapeutic horseback riding.
Grandmom Linda was out to visit for Mark and Joshua’s birthdays and to celebrate her birthday with Denise as they share the same day (September 14th). Denise and the boys made their annual end of the school year visit to Kansas. The boys had a great time visiting all of their cousins. Denise and Henry got to see Shania Twain on tour in Spokane, WA on September 12th. Denise completed her first year as the Executive Director for Families Together and had several successful events. She continues to work as a Support Broker to write Medicaid plans to help obtain services to assist individuals with disabilities.  She started knitting this fall and has made us all winter hats.
Wishing everyone a Happy Hanukkah, Merry Christmas and a Happy New Year.
Henry, Denise, Mark and Joshua Wetzel